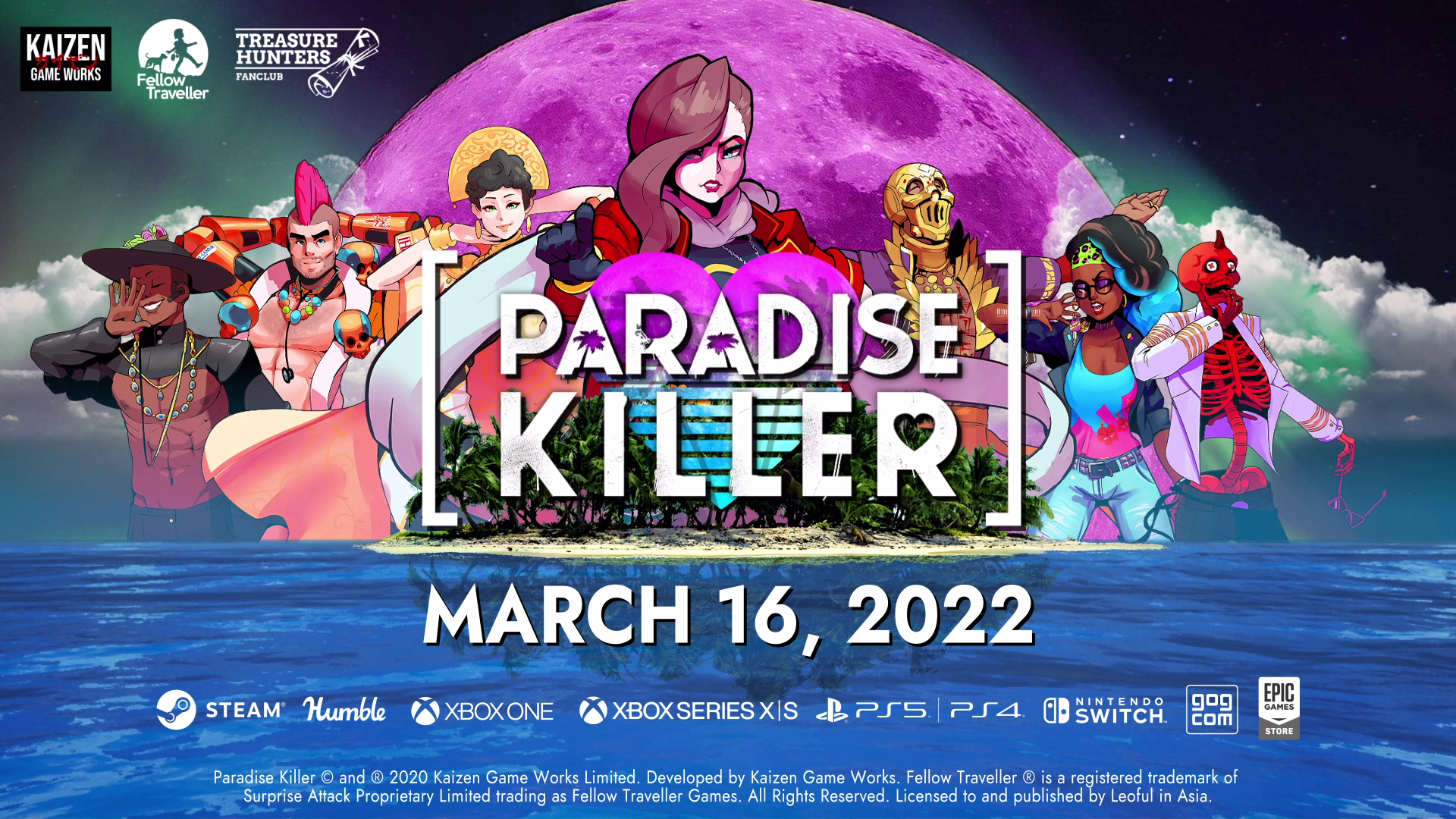 These versions have been enhanced with performance upgrades, trophies or achievements as well as 4K60 and ray tracing on platforms that support them. We’ve also included new music by Barry “Epoch” Topping, new collectables, new mysterious beings including three [REDACTED] and new side quest rewards. Wow!

All of these improvements and additions are coming to all existing platforms as a FREE UPGRADE on the same day. So please fall back into the abyss of crime and discover more secrets and mysteries. The PC versions are getting DX12 and ray tracing support and the Steam version has been updated with achievements. These achievements can either be re-earned by starting a new game or if you have achieved any in an existing save game, load that up and watch them all unlock.

“But Kaizen, how do I find all this new content? Is it clearly marked in the game?” I hear you scream into a cavernous void populated by insane goat people. “Absolutely not!” we bellow back, our voices echoing around a crumbling temple on a dead planet. You need to get out there and find them. The investigation freak asks for no help.

We want to express our utmost thanks to everyone that has played Paradise Killer and supported us since launch. You’re all the best fans anyone could ask for. We’re amazed that a game about topless doctors, goat headed babes and an obnoxious little demon would have had enough support to allow us to bring it to more platforms. We also want to extend a special thanks to new Kaizen Best Friend Harry for the amazing work he’s put into bringing the game to new platforms. Also, special thanks to all our pals at Fellow Traveller for all the work they’ve put into this release.

One final thing; the game contains three brand new music tracks that need to be found out in the world. These will be on a new Paradise Killer B Sides album along with a number of new remixes and vocal tracks including one track done by our friends MeeBee and Okumura. This new album will also be available on March 16th on our Bandcamp. Huge thanks to very good boy Barry “Epoch” Topping for the amazing work he’s put into this and to the wonderful José Salot for doing the cover art for it.

Please enjoy Paradise Killer again or for the first time and thank you to all our players and collaborators!